Domestic violence is a serious crime in Orange County that comes with heavy penalties. Allegations of domestic violence are taken seriously by police and for good reason. The National Coalition of Domestic Violence estimates that about one million women are victims of physical assault by an intimate partner each year. What doesn't get as much attention in the media is how many people who get wrongly accused of committing acts of domestic violence.
These people are paying a high price for acts they didn't commit. At the Law Office of Booker T. Burney Jr., our domestic violence defense attorneys are committed to providing the strong defense that is critical to protecting your reputation, future and freedom. If you or a loved one is facing domestic violence charges in Orange County, please call us at (714) 596 - 3532 for a free consultation. 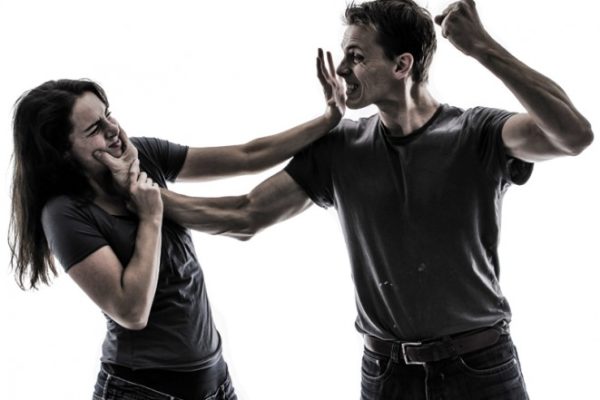 What is Domestic Violence?

First, it is important to understand what is considered domestic violence under California law. Under California Penal Code 13700, abuse means "intentionally or recklessly causing or attempting to cause bodily injury, or placing another person in reasonable apprehension of imminent serious bodily injury to himself or herself, or another."This means you can face domestic violence charges if the alleged victim reasonably believed they were going to suffer harm. You don't actually need to have any intention of causing bodily injury in order to face such a charge. The alleged victim only has to believe that you intended to cause serious bodily injury at the time.Domestic violence related charges are unique because they involve someone to whom you are close. Domestic violence laws in Orange County specifically refer to abuse committed against a spouse, cohabitant, child, boyfriend, girlfriend, fiancé, former cohabitant or family member."

A Restraining Order was Filed Against Me, What Do I Do?

If you have had a restraining order filed against you, there are ways to fight it, but you must do so in a legally responsible way that does not damage your case or lead to serious consequences. First, obey the instructions of the restraining order carefully and thoroughly. Even if this means moving out of your house and being away from your children for a time, you must obey the order. Failing to do this can have serious consequences including fines and jail time.The next thing you should do is contact an experienced California flawyer immediately. At the Law Office of , we have xperience dealing with restraining orders and can help you understand your rights and how to move forward. You can file an answer to the order that explains your side of the story and better illustrates a situation. Finally, you absolutely must go to the court hearing indicated on the restraining order to discuss the situation in court. Failure to appear at court leaves yourself unrepresented and the judge can still rule on the case even if you are not there and provide no answer to the order.

The Victim Lied About the Domestic Violence, How Do They Drop the Charges?

According to the state of California, yes it can. Domestic violence in California, under Penal Code 13700, includes situations in which attempts at violence are made as well those in which the victim believed he or she was going to be physically injured. These types of assault cases are prosecuted just as seriously as those in which bruises or physical violence is plainly evident.Unfortunately for some individuals accused of domestic violence, there is a great deal of interpretation regarding what is necessary for a person to believe he or she is going to be injured. During an argument, tempers can rise and people may yell at each other and even break household items, but no physical injuries are caused by either person involved. Even so, one individual can accuse the other of making him or her feel threatened with violence and harm. In this type of situation, it is vital to have an experienced California lawyer to represent you and present your

Defendants who believe they have been wrongly accused of domestic violence have the right under the law to fight the charges. There are a number of potential defenses in a domestic violence case. There could have been false allegations of abuse. This is known to happen in contentious divorce and child custody cases. An experienced OC criminal defense lawyer will look for inconsistencies in the accuser's version of the incident by comparing it to police reports and eyewitness accounts.Self-defense is also another valid defense. For example, some people have claimed they acted in self-defense or in defense of their children. This type of defense can prove successful if the person believed there was an imminent threat, had a suitable response and didn't start the physical fight or act of aggression. In domestic violence cases, the State has the burden of proof, which means that it must present evidence to prove that you committed the crime.

A domestic violence conviction in Orange County could result in a minimum sentence of three years of probation and a 52-week mandatory batterer's program or anger management program. California courts are also required to issue a protective order to safeguard the accuser from violence or intimidation. Depending on the nature of the charges and the extent of the accuser's injuries, someone convicted of domestic violence charges may face jail or prison time and hefty fines as well.

If you have been accused of domestic violence, it is important that you get an experienced Orange County domestic violence defense attorney on your side. At the Law Office of we work diligently to get the best possible outcome for our clients. We fight hard to protect your